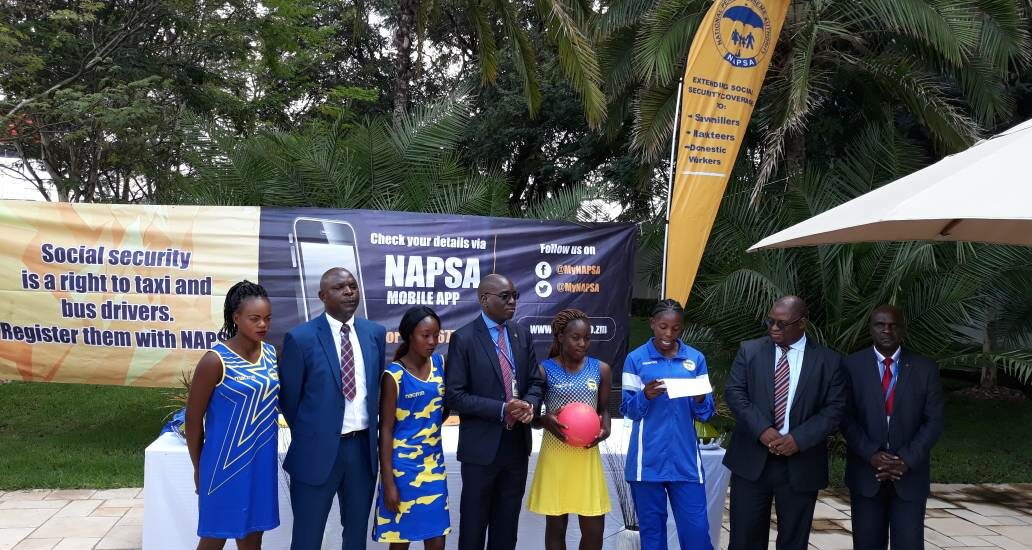 The National Pension Scheme Authority has unveiled new kit for the NAPSA Netball Club. The kit, which consists three sets of jerseys, tracksuits and other items, is worth K30, 000.
Speaking when he unveiled the kit in Lusaka yesterday, Mr Yollard Kachinda, Director General, NAPSA, commended the club for its successes and contribution to the development of netball in the country. He reiterated that NAPSA Netball Club was a renowned club that had won a number of titles and recorded huge successes insofar as netball in Zambia was concerned.
“Zambian netball history cannot be written without the mention of NAPSA Netball Club just as NAPSA Netball Club cannot be talked about without the mention of the National Pension Scheme Authority because of the role the Authority plays in the club.
“I am personally very proud of the team for its successes and because of the important role the club is playing in the development of netball in Zambia. It is for this reason that management has continued to support the club. Currently we are spending about k300, 000 per annum to sustain the operations of the club,” he said.
The Director General assured the club that Authority was concerned about its welfare and that some of the challenges the club was facing, such as transport, training facilities and kit were being looked into. He cited the unveiling of the new kit and renovation of the NAPSA Sports and Recreation club as some of the examples of initiatives being undertaken to address the challenges.
He urged the club to put in their best to bring glory to the club and to the Authority.