NAPSA eyes the Copperbelt for Investments 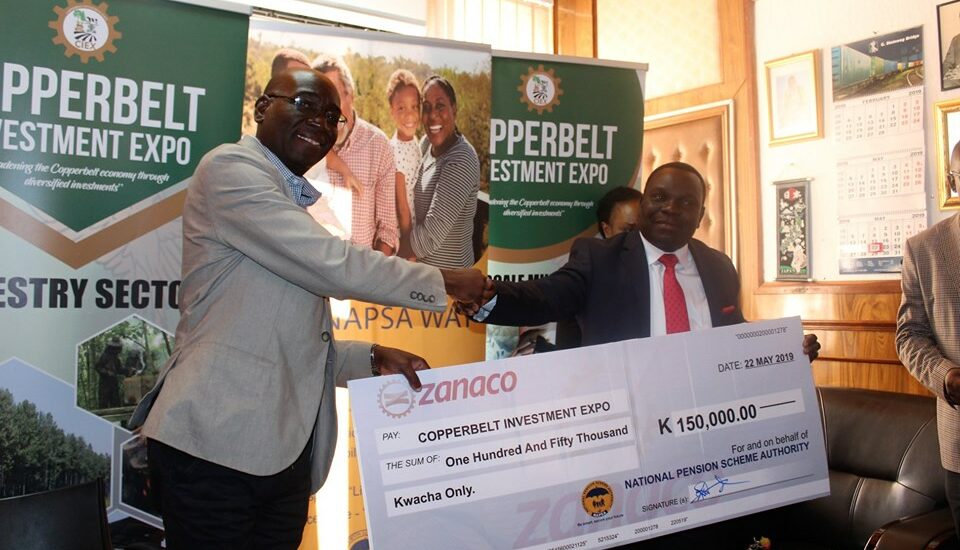 The National Pension Scheme Authority (NAPSA) says the Copperbelt Province has enormous economic potential in agriculture, forestry, tourism, fisheries and livestock that can be harnessed to attract investments.

Speaking when he handed over a Hundred and Fifty Thousand Kwacha cheque to support the hosting of the forth coming Copperbelt Investment Forum and Exposition slated for June 24 to 28 2019 to be hosted in Ndola at the Levy Mwanawasa Stadium, Director General Mr. Yollard Kachinda said his organisation is interested in investing in the province because of its potential.

“NAPSA’s interest in the Province is twofold; job creation and economic development which in the long run will bring pride to the nation in line with its Vision and the financial sustainability of the fund as a result of increased membership,” Mr. Kachinda said, further noting that the forum shall provide an excellent platform to network with different stakeholders in identifying prospective investments. The company has confirmed its full participation in the Expo.

Receiving the cheque, Copperbelt Permanent Secretary Bright Nundwe indicated that the support rendered by NAPSA is a huge milestone scored in the hosting of the Expo by the province.
The budget for the successful hosting of the Copperbelt Investment Expo is about One million dollars.