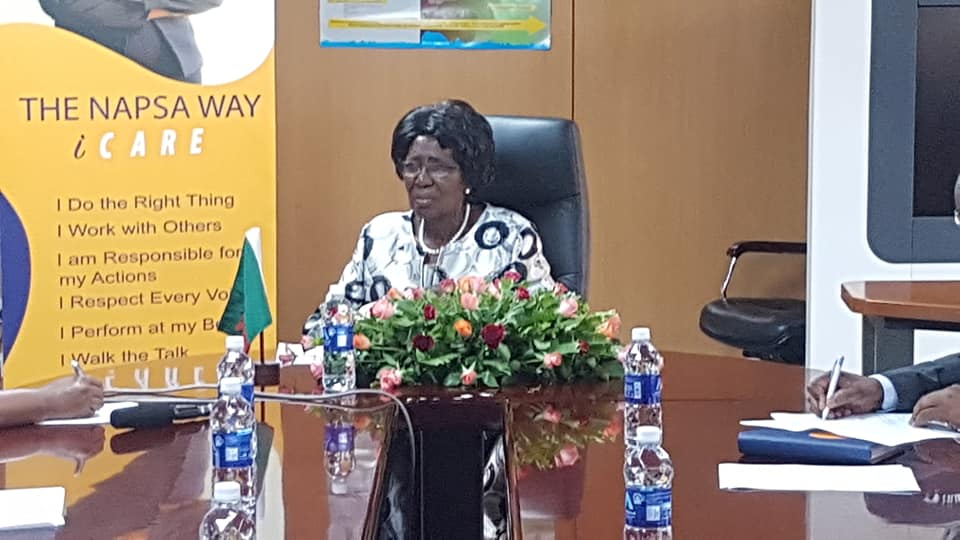 The National Pension Scheme Authority NAPSA has given K150 000 to victims of the Cyclone Idai in the affected countries. The donation has been made as the organisation joins the rest of the country and the region in remembering the victims of the cyclone Idai that has claimed hundreds of lives of people and misplaced many.

NAPSA Acting Director General, Mr. Ronnie Kamanya presented the cheque to the Disaster Management and Mitigation Unit (DMMU) as part of the authority’s efforts to supplement governments’ effort in rendering support to the affected areas. Vice President Inonge Wina received the cheque on behalf of DMMU.

“ As NAPSA, we believe that this support, little as it may seem, will help ease these people’s suffering by helping them rebuild and organise their lives as soon as possible,” Mr Kamanya stated.

The acting Director General further indicated that NAPSA believes in caring and supporting one another as Africans by upholding the spirit of UBUNTU as championed by the forefathers.

And in receiving the check, Vice President Inonge Wina urged other cooperating partners to emulate the gesture by NAPSA. She has since called on other organisations in the country to contribute towards national response efforts for the affected neighbouring countries.

“The gesture demonstrated by NAPSA to support Malawi, Mozambique and Zimbabwe is commendable and DMMU will ensure the donation is utilized to provide the much needed relief assistance to the affected member countries,” the Vice President said.

She has since promised unswerving commitment to ensuring high levels of accountability in the utilization of the donated resources.