LABOUR MINISTER URGES EMPLOYEES TO ACQUAINT THEMSELVES WITH LABOUR LAWS 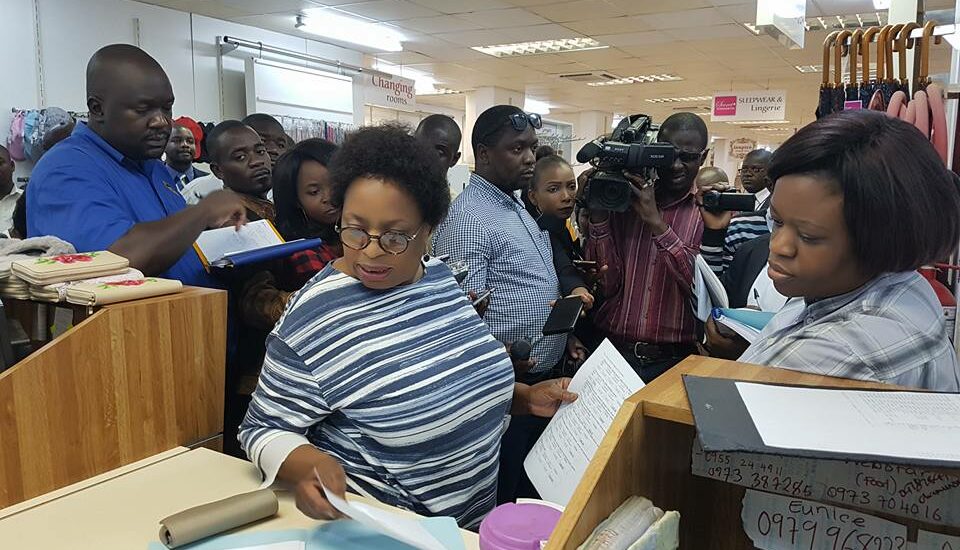 Minister of Labour and Social Security, Hon. Joyce Nondo Simukoko has implored all workers in the country to read and appreciate labour laws in order to understand their rights.

Speaking during an impromptu inspection of shops in Lusaka’s Central Business District yesterday, the Minister observed that some workers shunned away from speaking out when they were ill-treated for fear of losing their jobs. She reiterated that workers were protected from victimisation and should therefore not shun away from reporting bad labour practices.

Hon. Simukoko also stressed that employers who do not follow labour laws risked having their licences revoked.

The purpose of the exercise was to determine the levels of compliance to all existing labour legislation by small scale business enterprises and ultimately to rectify the compliance gaps.

Some of the shops were found wanting as their workers were found to be underpaid and others were not registered with NAPSA.

Some of the employees spoken to expressed ignorance about their rights as enshrined in the labour laws.