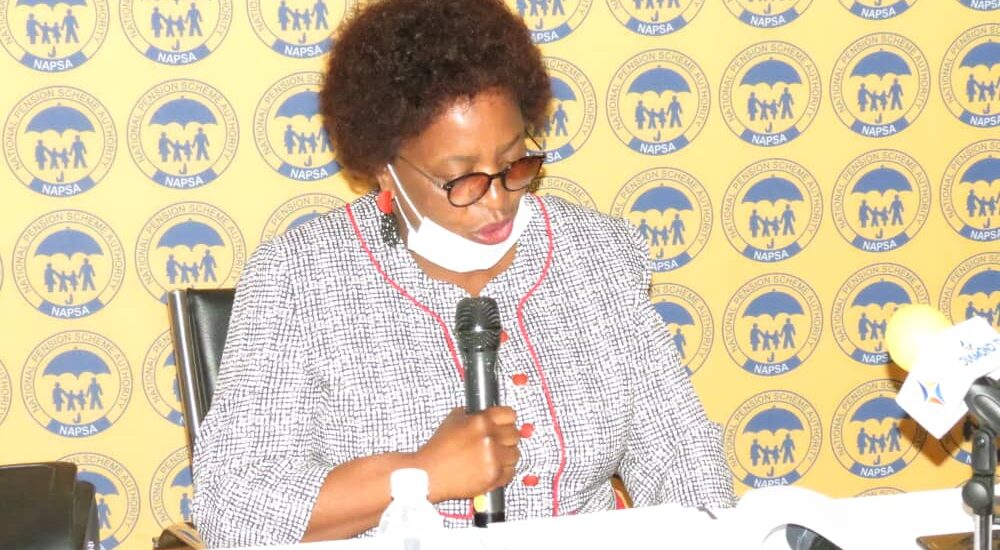 The Minister of Labour and Social Security, Honorable Joyce Nonde Simukoko, MP, has applauded the outgoing NAPSA Board of Trustees and NAPSA management for the positive growth Scheme growth that has been registered in the past few years.

Speaking during a meeting with the Board and Management in Lusaka,  Honorable Simukoko said the Authority had registered a positive growth of 41.2 percent from K23 billion recorded as at 31 December 2017 to K33 billion Kwacha as at 31st December 2019.

The Minister attributed the growth to prudent management of the fund and NAPSA’s strategy of diversifying its asset portfolio through investing in new and strategic asset classes such as infrastructure and new Greenfields.

“I am pleased to note that the fund has continued on a positive growth trajectory despite the subdued economic environment due to various external factors exacerbated by the Covid-19,” she said.

The Minister further said NAPSA had extended coverage to the informal sector adding over 35,000 new members.

“You have endeavored to reach out to the vulnerable in our society by extending coverage to the informal sector, including the domestic workers, taxi and bus drivers, farmers, marketeers and others. I would like you to enhance your efforts and benefits so that more people from the informal sector can be attracted,” she added.

Honorable Simukoko said the scheme had revolutionized and improved service delivery by introducing robust electronic platforms such as the eNAPSA and ePayments channels.

And the Minister has urged workers including Trade Unions to play a role of ensuring that employers are remitting contributions to NAPSA on behalf of their workers.

Speaking at the same function, Chairman of the NAPSA Board of Trustees, Mr. C. Evans Chibiliti thanked government for providing all the needed support. He urged management to continue making investments in projects which have a natural hedge against adverse economic conditions and add value to the members’ contributions. He expressed confidence that the fund would continue to play an important role in supporting the overall national development agenda.